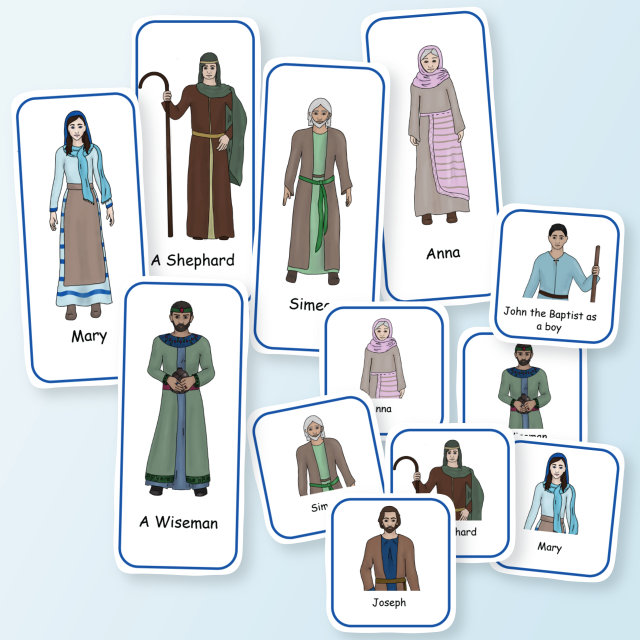 Interactions With the Savior - Figures and Game

Storyboard figures of people who interacted with Christ: Correlates to Luke 2. A Shephard, Simeon, Anna, A Wiseman and Mary.

Tip: Use these figures to support the manual suggestions on page 12 (Luke 2).

Tip: Play “Guess who I am.” Give each family member a picture card, without letting anyone else see who they got. (Make two copies if you have more than 8 in your family. If you have less than 8, members can take more than one card.) One by one, have each member say something that person might have said while interacting with Christ. A family member tries to guess who it is. If they guess correctly, that picture card is turned to show the identity. If the guess is incorrect, the person says “no” and the next family member says one thing that the person on their card would say while interacting with Christ. The person who gets the “YOU” card, says something about how they might have acted had they interacted with the Savior back then. Continue around the family until all the identities havebeen discovered.